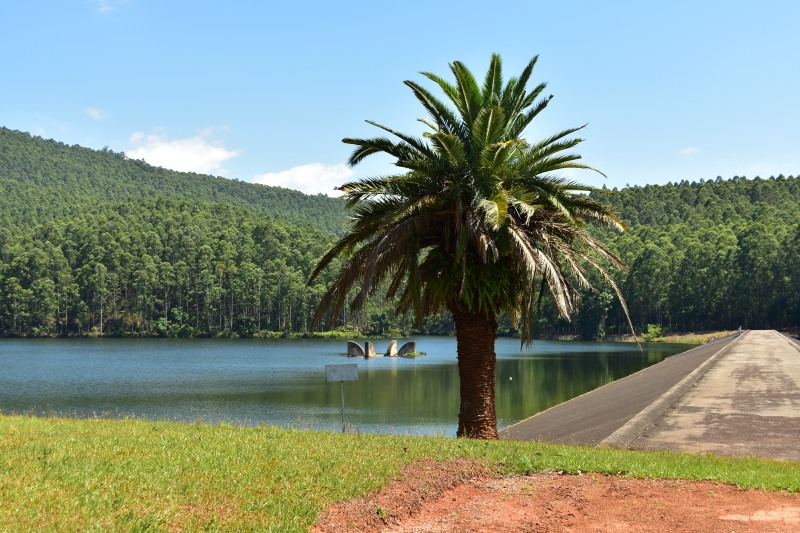 The Magoebaskloof Dam is located on the R71 between Polokwane and Tzaneen. It is a short distance east of Haenertsburg.

This earthfill dam was built in 1971 to provide irrigation to the surrounding lands. The dam wall is 43 metres in height and the dam has a capacity of 4,800 cubic metres.

Book accommodation in the Magoebaskloof area

Magobaskloof Dam is on the Politsi River and it is believed to have had a negative impact on that river.

The dam is surrounded by hills and plantations and is very scenic but it is not really used for any leisure activities. 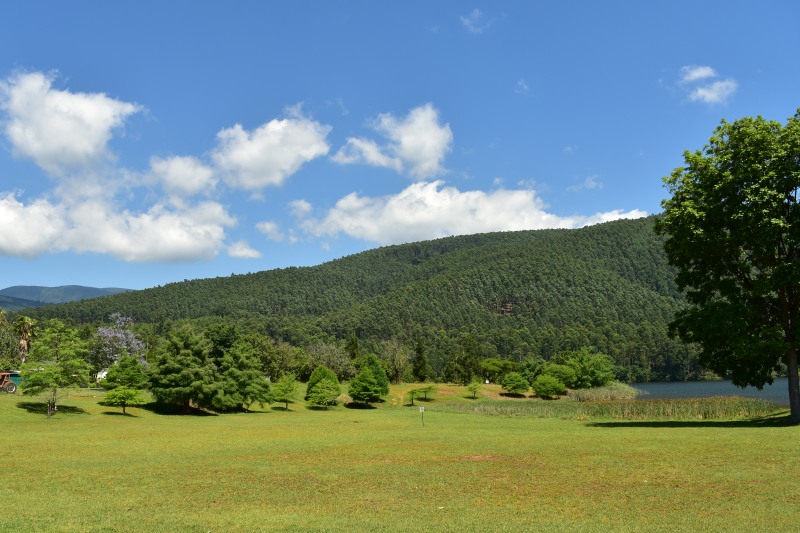 Above - Plantations and hills surround the dam 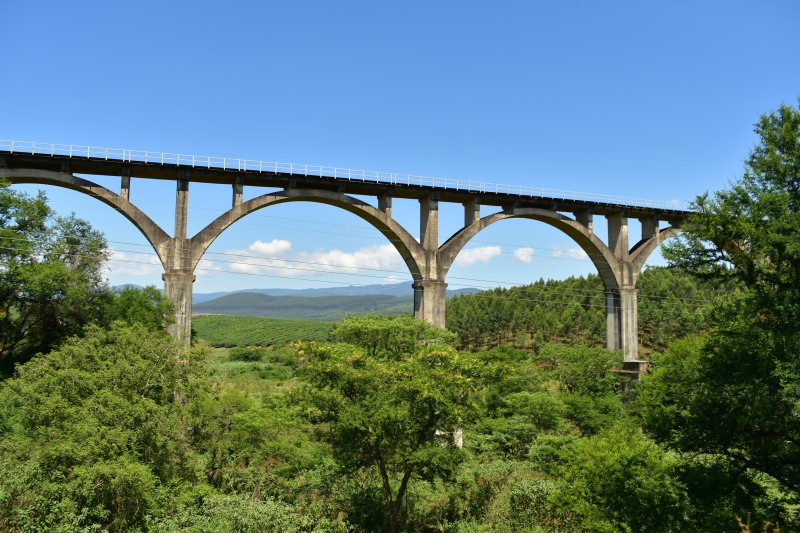 The Politsi River is a small river that drains from west to east down the escarpment in Limpopo province. It crosses the road between Tzaneen and Modjadjiskloof before flowing into the Groot Letaba River.

The river feeds the Magoebaskloof Dam and this dam, unfortunately, has had a negative impact on the flow of the river. Forestry, agriculture and informal settlements are also responsible for the poor health of the river. 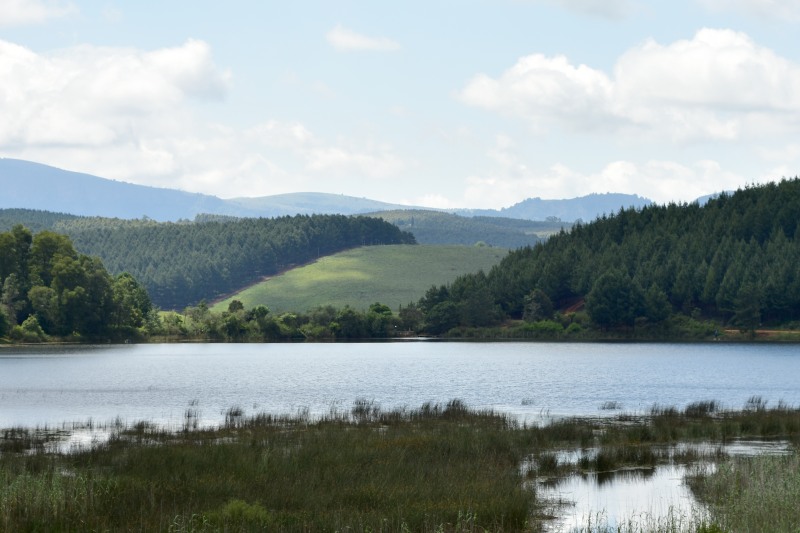 Stanford Lake is located in the very scenic area the surrounds the village of Haenertsburg. It straddles the R71 road between Polokwane and Tzaneen. The lake feeds into Ebenezer Dam via a waterfall at its south-eastern point.

The lake is named after Harvey Stanford who built it as his own lake to satisfy his passion for fishing. Unfortunately the lake claimed his life when the 69 year old's canoe started leaking and he suffered a heart attack trying to swim to shore.

Stanford Lake College is situated on the northern side of the R71. This Christian ethos school must have one of the most beautiful campuses in the country.

There are a number of lodges and other accommodation on the shores of the lake and in the surrounding forests. Popular activities include hiking, birding, mountain biking and, of course, fishing. 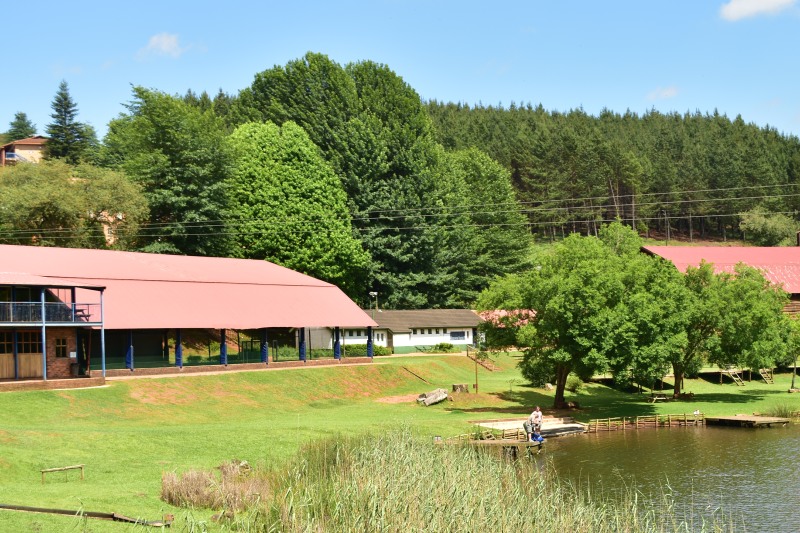 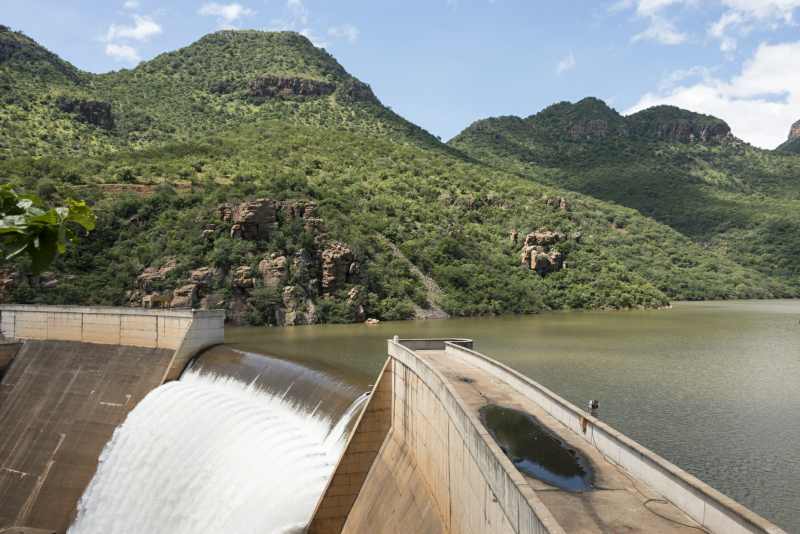 Swadini Dam is situated in the beautiful Blyde River Canyon and is surrounded by stunning mountains. It is part of the Forever Resorts Avontura Swadini.

The dam is on the Blyde River and has one of the worlds largest Tufa waterfalls. Tufa waterfalls are formed over millions of years when water runs over dolomite rock and absorbs calcium and a lot of other chemical things happen which are beyond the scope of this article (Hint - go to Wikipedia and look up Tufa).

The resort has both chalets and caravan stands. There are number of activities, such as boating, within the resort and there are many more places of interest nearby.