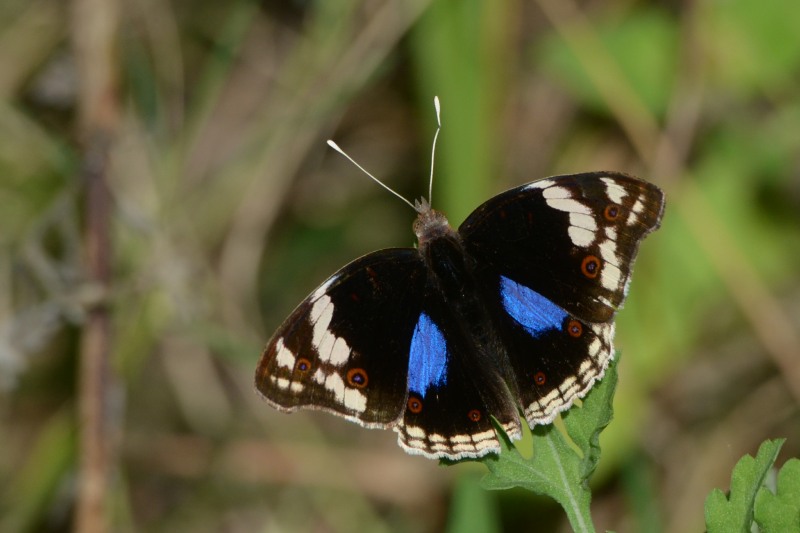 The Blue Pansy is an attractive butterfly that reaches a wingspan of around 5 cm. The male and female have similar colouration but females are slightly bigger. In contrast to the beautiful colours on the top of the wings the underside is predominantly brown.

This is a common butterfly in parks, gardens, along forest hedges and hilltops. The male Blue Pansy spends a lot of time chasing other butterflies that enter its space. 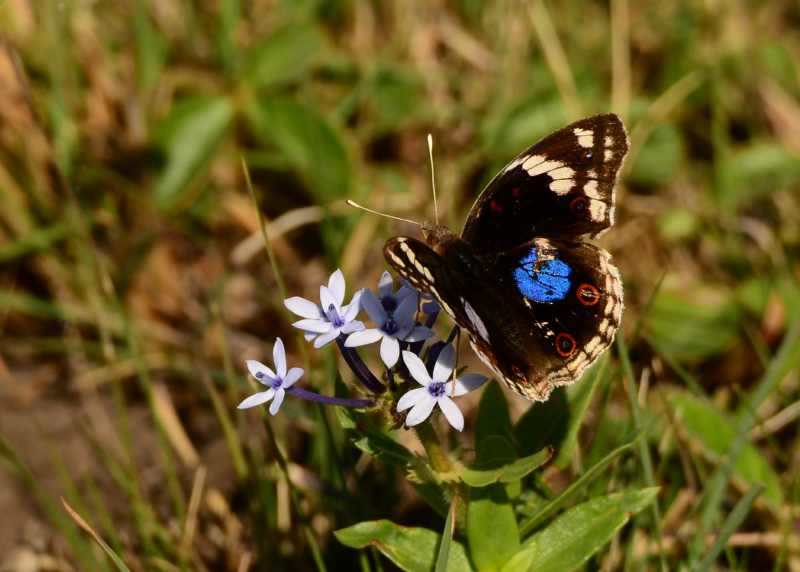