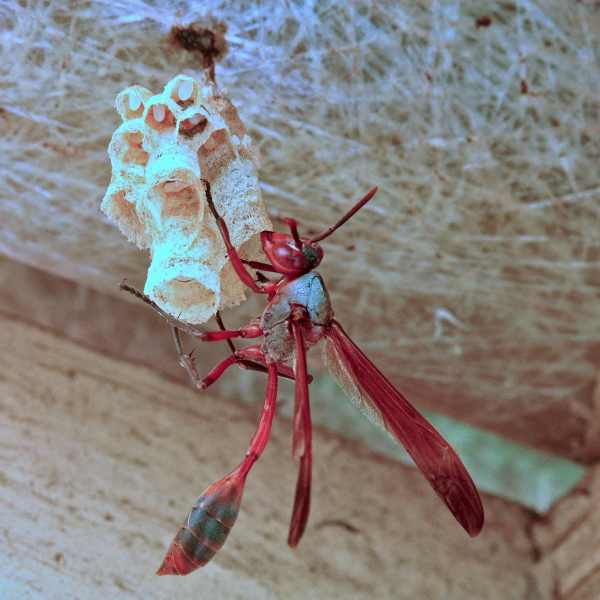 Paper Wasp on its nest

The most common type of wasp found in association with man are the Paper Wasps. There are, however, a number of different species in this group.

Paper Wasps are so called because they make paper-like nests that hang from a ceiling, roof or other protected place. Although they are carnivorous they chew woody material to make their nests. The nest is started by one female who has already been fertilized. The resulting young then help the female in expanding the colony.

The most common food of these insects are caterpillars. The adults feed the larvae on pre-chewed caterpillars and other soft-bodied insects.

Paper Wasps are widely distributed in Africa. They are found from South Africa through to West Africa and across to Tanzania and Uganda.