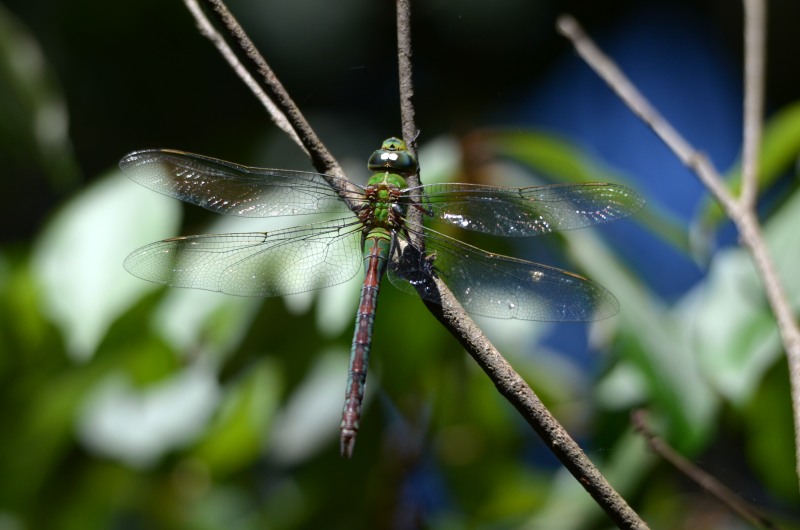 The Blue Emperor is a large dragonfly with a length of over 7 cm. It's wingspan is around 10 cm.

The male is an attractive dragonfly with a blue abdomen and green thorax. The female is also attractive but her colours are duller.

The Blue Emperor hunts for food by patrolling over bodies of water or grassland. They feed on butterfliesand other insects and it is said that it may feed off other dragonflies.

They have a wide distribution and occur in Africa, Europe and parts of Asia.

A Guide to the Dragonflies and Damselflies of South Africa - Author: Warwick and Michele Tarboton - Year Published: 2015 - Page: 108