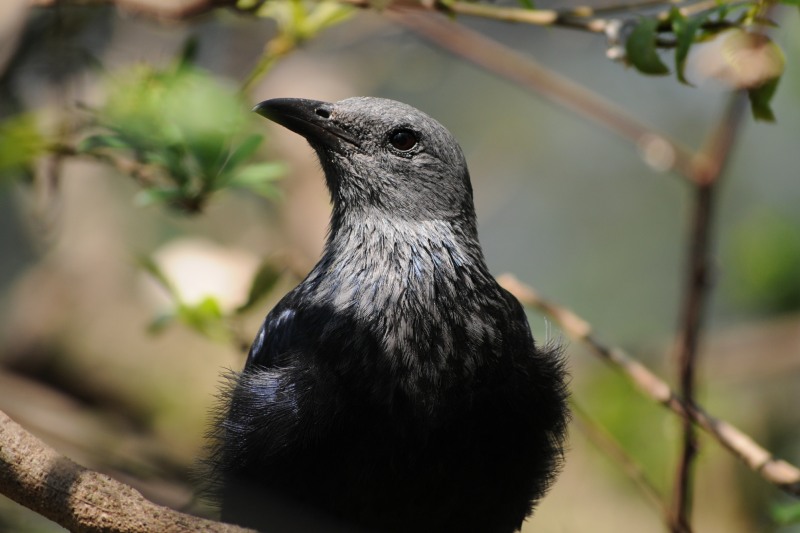 The Red-winged Starling is quite large for a starling. They have a length approaching 30 cm with both sexes being a similar size.

Both male and female have the brownish-red wings which are only easily visible in flight. The male is a glossy black colour while the female is greyish on her head and neck.

These birds favour rocky mountains and hills but are also becoming more and more common in our cities and towns. High-rise buildings seem to provide a good enough habitat to make these birds feel at home.

Red-wing Starlings eat a variety of food including fruit, small reptiles and insects.