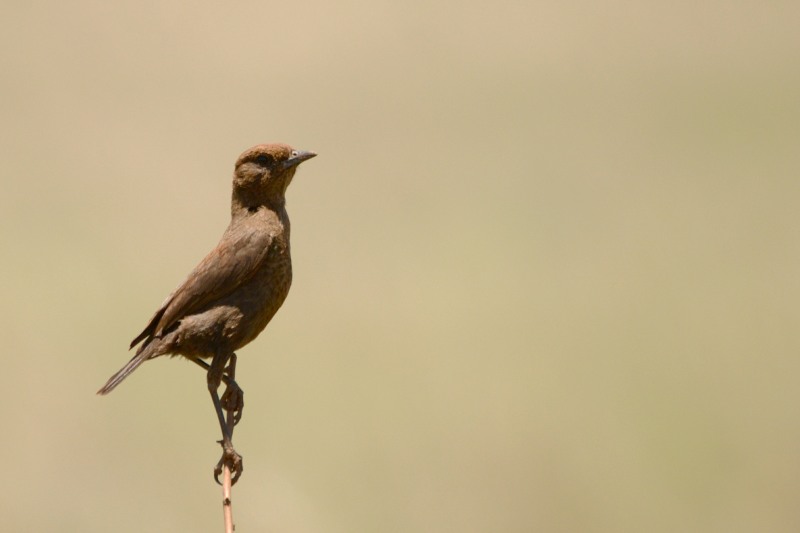 The Ant-eating Chat is widely distributed across South Africa. It is found in suitable habitat in most areas apart from the southern and eastern coastal regions. Males are darker in colour compared to the females.

It is normally seen in grassland areas ranging from savanna to hilly slopes.

The Ant-eating Chat spends a lot of its time foraging on the ground. As its name suggests it is particularly fond of ants and termites but it also eats millipedes, grasshoppers and other insects.

They have an interesting breeding set up. The breeding pair are sometimes assisted by their young from the previous year. They dig a burrow and place the nest inside the burrow. Normally the female lays 3 eggs and she tends to the eggs. Both adults feed the chicks.