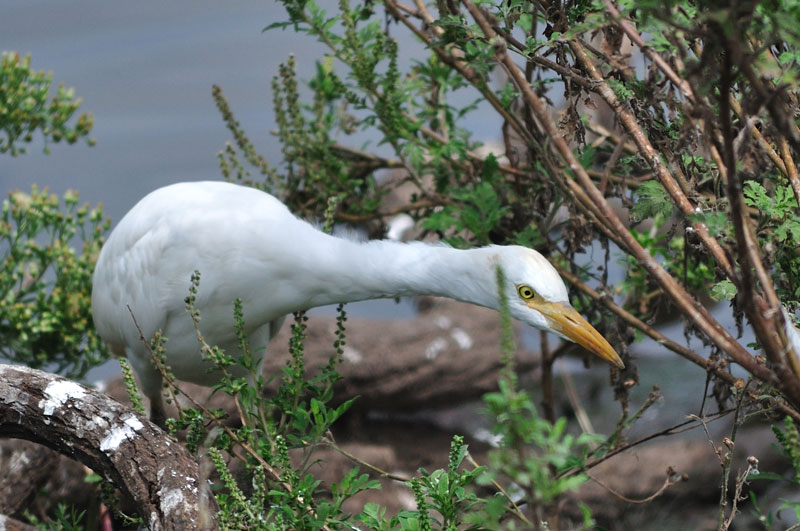 Cattle Egrets are found in tropical, sub-tropical and other warm temperate areas around the world.

The Cattle Egret is normally white but develops buff-coloured plumes during the breeding season.

Cattle Egrets can be found in a variety of habitats. We are used to seeing them in grassy areas accompanying herds of cattle, Buffalo or other mammals. They can also be found by water and farmlands.

They eat insects, frogs and other small animals. They accompany larger mammals to catch prey items that are disturbed by them. Cattle Egrets will also eat ticks off animals.

Sexes have similar plumage to each other although males are slightly larger and have longer plumes. Young Cattle Egrets have a black bill.

Cattle Egrets normally breed in colonies which in some area may include thousands of pairs. The breeding colonies are often situated near water.