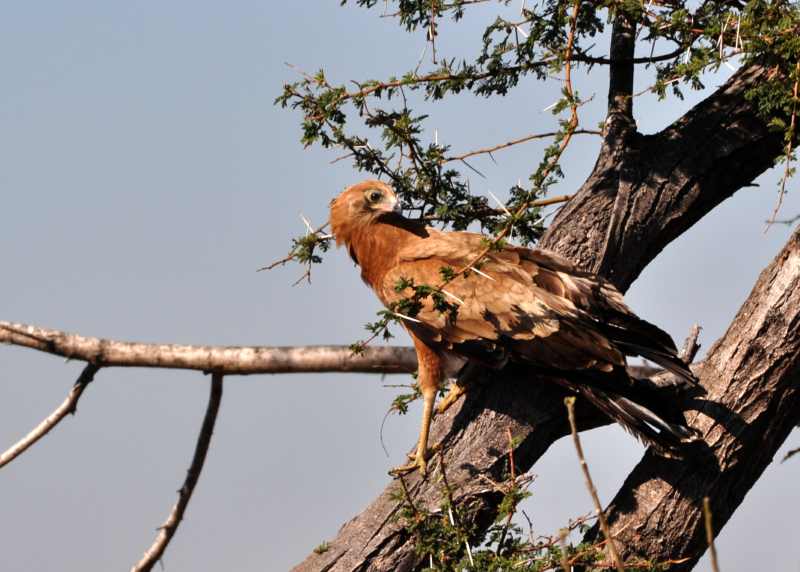 The African Harrier-Hawk, as it is now called, is more commonly called the Gymnogene. Adult birds have grey plumage while juveniles are brown.

This raptor is found in woodland as well as suburban areas.

Besides stealing birds from nests it will catch small mammals and it also eats the fruit of the Oil Palm.

The African Harrier-Hawk lays up to 3 eggs.