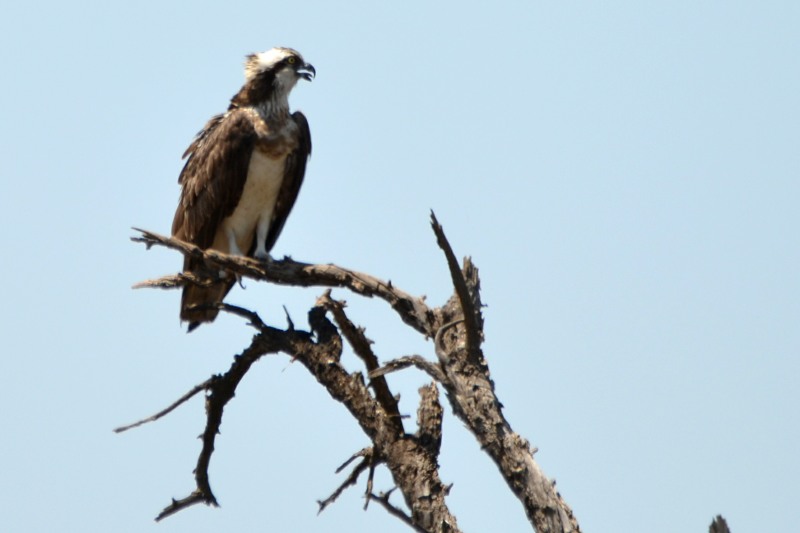 The Osprey is now listed as the Western Osprey in publications to distinguish it from the Eastern Osprey Pandion cristatus which is found in Australia. It is also called a Sea Hawk or Fish Hawk in some places. They have a widespread distribution across the world, excluding Australia.

They are large birds which can have a wingspan of 180 cm and a length of 60 cm. Ospreys are normally found near larger bodies of water where they hunt for fish, which make up 99% of their diet. They use their excellent eye-sight to see potential prey when flying at a height of 50 metres. They then plunge into the water feet first to grab the fish.

An Osprey nest can be 2 metres in width and weigh over 100 kg. It is made up of sticks and other plant material. The nest made be placed in the fork of a large tree, rocky outcrops or a variety of other places. Between 2 and 4 eggs are laid and it takes around 70 days for the chicks to fledge. Although Osprey's are normally solitary birds they do pair for life.