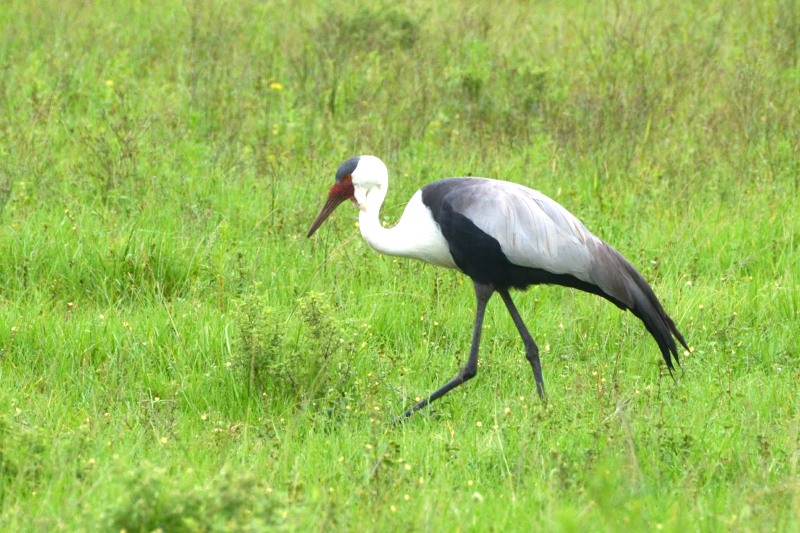 The Wattled Crane is not a common species but when it is in an area you are sure to spot it. It is around 120 cm in length. They are normally seen on the ground where they forage in grassland or in the shallow water on the edge of a dam or vlei.

In South Africa they are found inland on grassland or vleis. They only occur in a band from the Eastern Cape, through KwaZulu-Natal to Mpumalanga but they are not found near the coast.

They feed on a wide variety of foods including frogs, reptiles, insects and grain. They will also take small mammals if they can catch them.

It is unusual to see the Wattled Crane in bigger flocks. Most often you will find a pair or small flock.

Wattled Cranes may breed at any time during the year. The nest is a large heap of vegetation normally surrounded by water. Either one or two eggs are laid. Although two eggs are laid they only raise one chick.