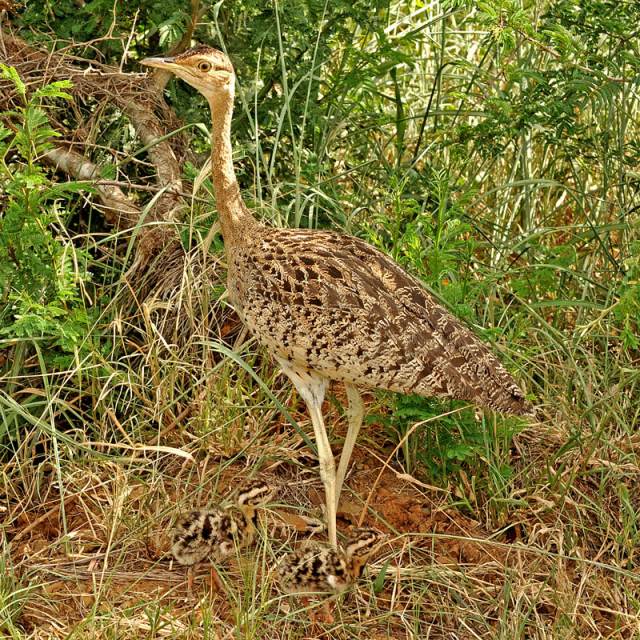 The Red-crested Korhaan is found in the north-eastern parts of South Africa. It is quite common in Kruger National Park.

The preferred habitat of the Red-crested Korhaan is dry bushveld or semi-desert grassland.

This species mainly feeds on invertebrates but it will also eat seeds and fruit.

Females normally lay their eggs amongst leaf litter on the ground. One or two eggs may be laid in summer.

Males have an elaborate courtship display and breed with more than one female. The plumage of male and female is fairly similar but the black underparts on the male extend on to the chest and the base of their neck is greyish.