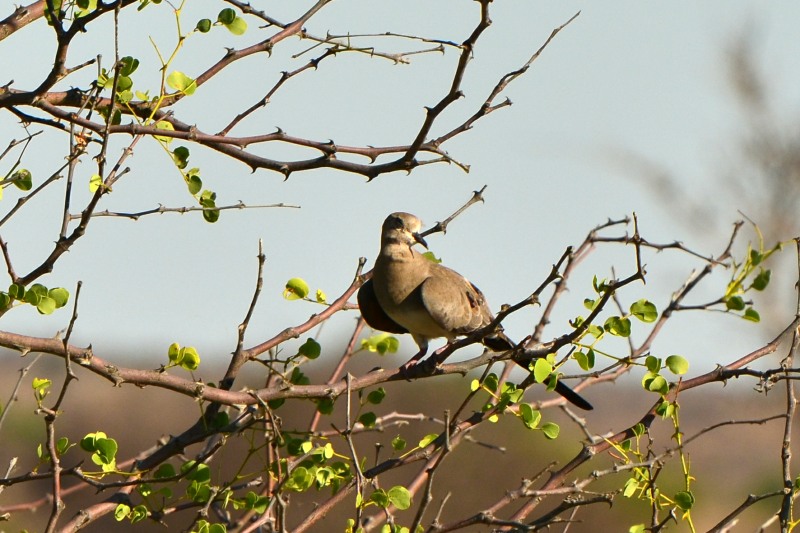 The Namaqua Dove is found over much of sub-Saharan Africa where it occurs in a variety of habitats such as savanna, farmlands and even gardens. In South Africa it may be seen over most of the country but it is absent from some of the Eastern Cape.S

These birds are most often seen in open areas on the ground where they look for seeds. When disturbed they fly off very quickly.

The male Namaqua Dove has a red bill and extensive black on its face and chest. The female is more of a uniform grey colour. Both sexes have long tails.

Despite spending much of their time on the ground these birds build their nest low-down in a tree or shrub. They lay either one or two eggs and both sexes attend to the eggs and chicks.