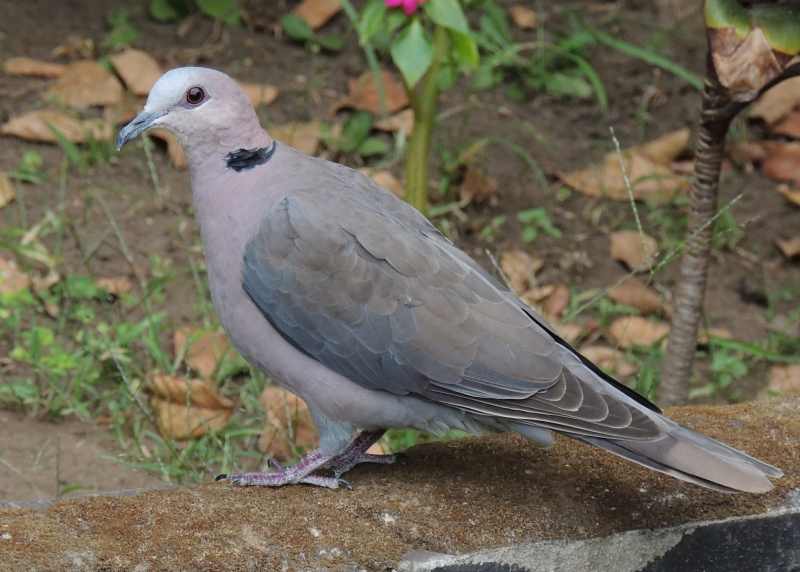 They inhabit a wide variety of habitats but aren't found in deserts. They can be quite common in suburban gardens.

The Red-eyed Dovie mainly eats seeds and is a common sight around bird feeders in some areas. They will sometimes eat insects such as flying ants.

Male and female have a similar colouration. Juveniles are duller.

The Red-eyed Dove builds a rather clumsy looking nest out of twigs. The nest is made in a tree and two eggs are the normal clutch.