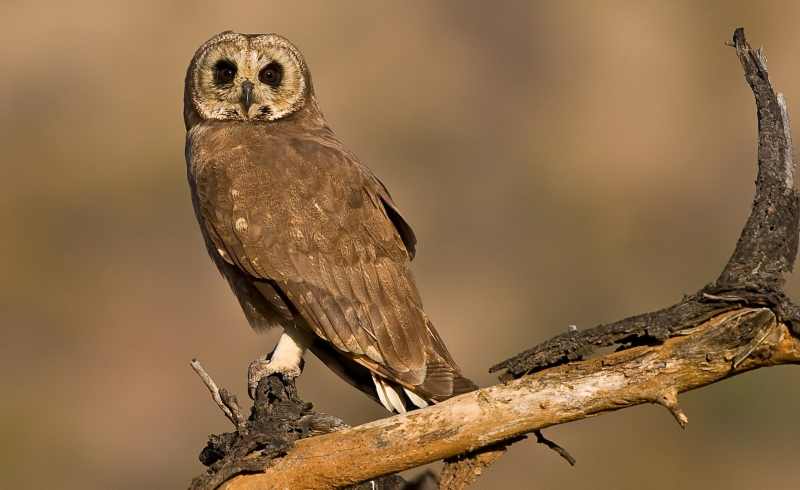 The Marsh Owl is fairly common in some areas of the eastern half of South Africa. As its name suggests it is most commonly seen near marshy areas but may also be found in savanna and grassland.

It can sometimes be seen perched on a fence near a wetland habitat in the early hours of the day.

Marsh Owls feed on small birds, mammals and reptiles as well as insects which form the main part of their diet. It searches for food by flying low over the open grasslands and swooping down on a suitable prey item. It can sometimes be seen hunting during the day.

They make their nest in the grass and the female lays up to 6 eggs although 2 to 4 is the normal quantity. The chicks remain with their parents for about 3 months.