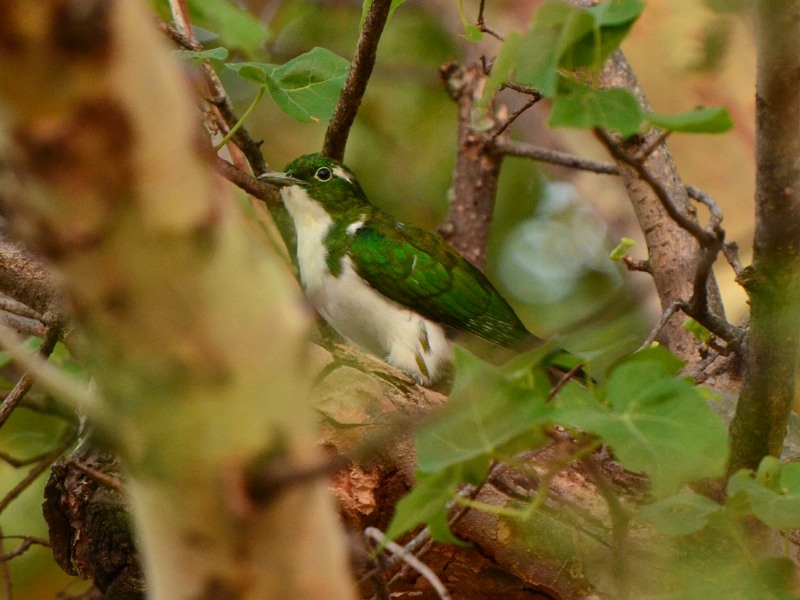 Klaas's Cuckoo is quite a common bird in the southern and eastern regions of South Africa. During summer its call is commonly heard.

These birds are very beautiful and are similarly coloured to the Diderick Cuckoo. Females are fairly similar to makes but have thin brown stripes on their underparts.

The most interesting thing about these and other cuckoos is their breeding method. They parasitise a wide variety of other species of birds such as the Chinspot Batis, Cape Batis, Grey Sunbird, Marico Sunbird, Bar-throated Apalis and many more. The host broods the egg. The chick then chucks out any other eggs or chicks so that it gets the complete attention of its hosts.

The Afrikaans name for this bird is "Meitjie", which is pronounced "may key" and is quite an accurate representation of its call.