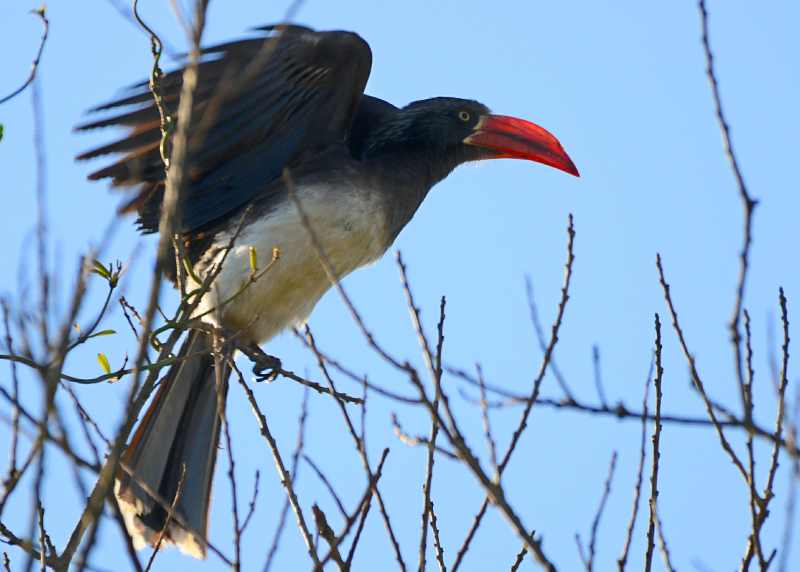 When birding in coastal or riverine forests along the eastern edge of South Africa you may here a loud twittering or staccato call which may lead you to seeing a Crowned Hornbill perched in the top of a tree. These hornbills normally look for their food in trees. They feed off a variety of foods including small rodents, insects, small reptiles and fruit. They are quite clumsy birds when seen manoeuvring through the foliage searching for food. Occasionally they will drop down to the ground to look for food.

The Crowned Hornbill is medium-sized, as hornbills, go, reaching a length of 50 to 55 cm. It has a white belly, blackish back, red bill and white streaks on the back of its head. Male and female are similar in colour, but males have a larger casque on their bills. 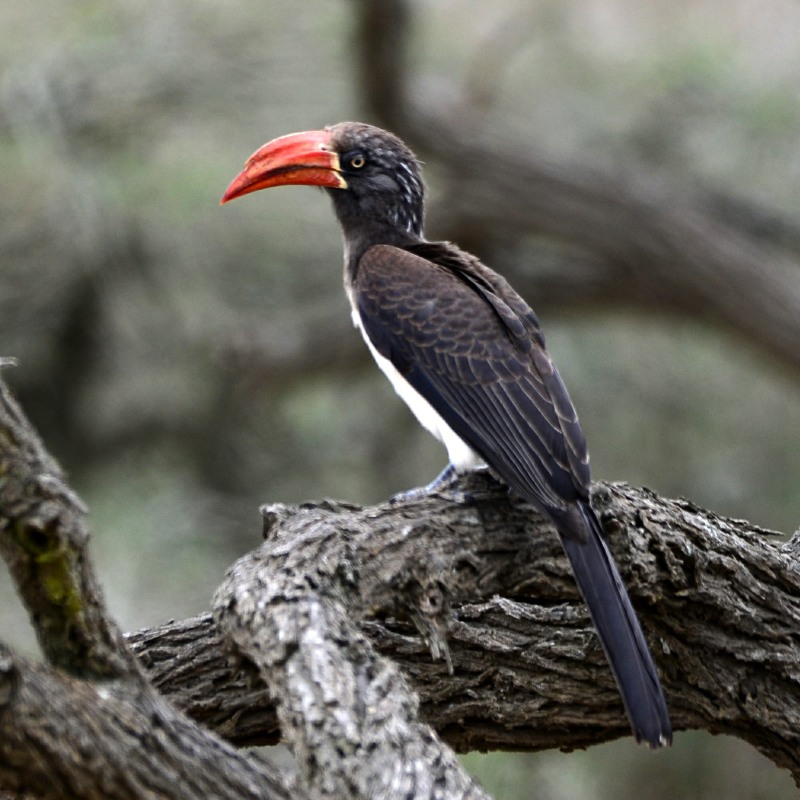 The Crowned Hornbill is often found in areas with big trees such as riverine and coastal forest. Normally they will be seen in small flocks. They are dependent on big trees for breeding so are vulnerable to deforestation and fires.

They use cavities in taller trees for their nests and are known to use the same cavity for several years. When ready for egg-laying the female will go into the cavity and seal most of the entrance hole with her droppings. She then relies on the male to bring her food. Most often females lay 3 or 4 eggs which she incubates for up to 4 weeks, while the male continues to supply food for her and the chicks. The female leaves the nest after about 4 weeks and the chicks seal the entrance up again. They remain there for another 3 to 4 weeks.