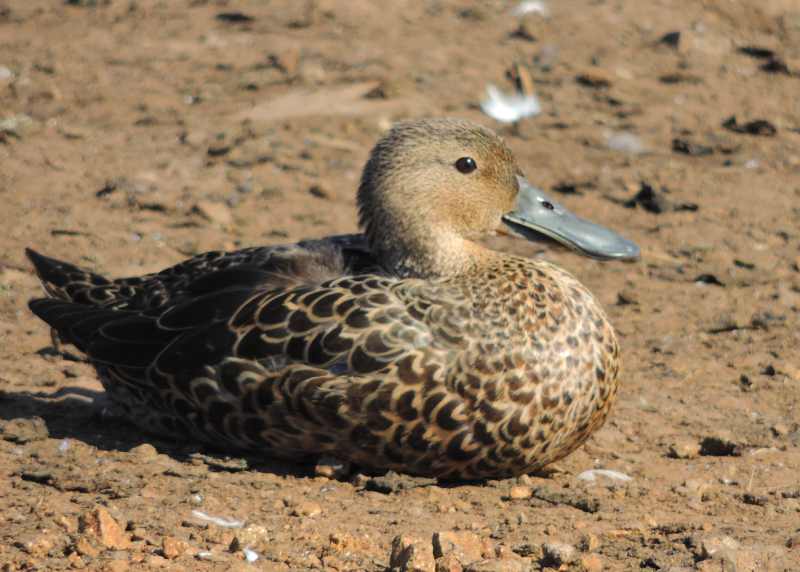 Is it a Cape Shoveler or a Cape Shoveller? It has had a slight change in the spelling of its name as it used to be the Cape Shoveller. This species is found in many parts of South Africa as well as our northern neighbours.

The distinguishing feature of this duck is the shovel (spatula) shaped bill. They reach a length of just over 50 cm. They plumage is generally brownish with a scalloped appearance. Their legs are orange. Male and female are fairly similar, but the female has a darker head and eye. There are also differences in the colouration of the wings when in flight.

The Cape Shoveler is found in wetlands, marshes and dams. It prefers marshy areas. Their main food is plant material, but they do eat some insects during the breeding season. The female builds a nest on the ground a week or so before she lays her eggs. Up to 13 eggs have been recorded in a clutch. Incubation of the eggs is solely the job of the female. She takes time off to go and feed once or twice a day. The female feeds the chicks while the duty of the male is deterring predators.