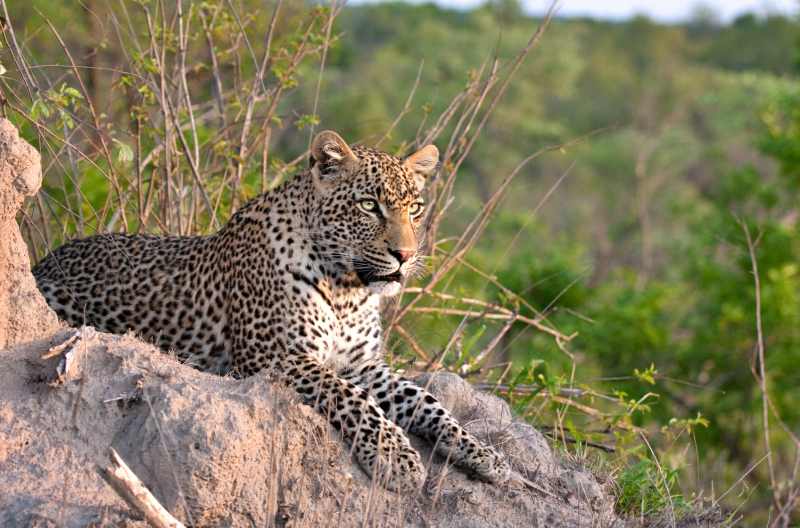 Although Leopards can still be found in large parts of Africa, the Middle East and South and South-east Asia their population has reduced drastically.

Fossils have been found in Europe dating back approximately 600,000 years.

They are able to run at a speed of 58 km per hour (36 miles per hour) for short distances.

The spots on a Leopard are arranged in small groups known as rosettes.

Their tails can be up to 1 metre long.

They are very variable in size, particularly over different geographic areas. Males can weigh between 40 and 90 kg while females weigh between 30 and 60 kg.

Their normal prey weighs up to 60 kg, such as Impala, but they do sometimes hunt bigger prey. They have even been recorded taking down Eland.

To protest their kill from other predators they drag it into a tree. Leopards are incredibly strong and can pull prey that weighs more than them into trees.

Occasionally individuals are found with black coats and these are known as Black Panthers which is also the name given to black Jaguars.