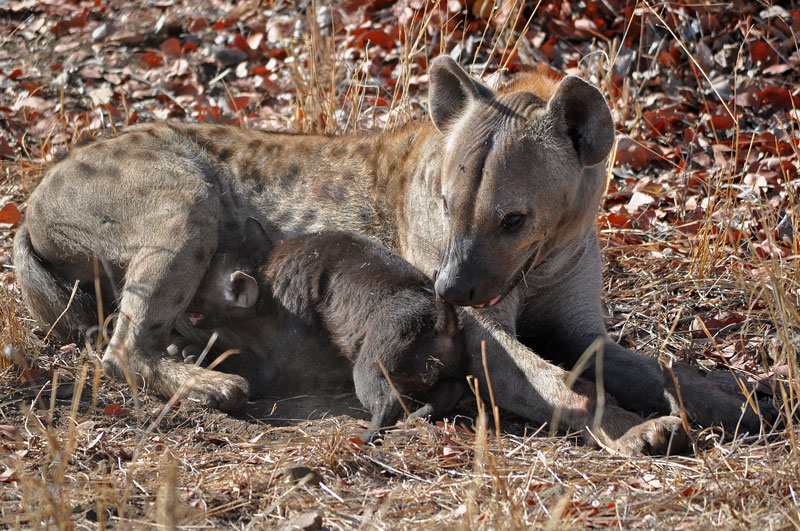 A Spotted Hyena with one of her cubs

Apparently these are called Tiger Wolf by some people? Next time you are swopping stories in one of the camps in Kruger National Park try telling someone that you saw a Tiger Wolf and see what reaction you get! Also known as Laughing Hyena.

It is widely distributed across sub-Saharan Africa.

Spotted Hyenas have a complex social structure. They live in clans which may number many individuals. Females are larger than males and dominate the clans. There is a definite hierarchy within the clan and dominant individuals get better access to kills and more mating opportunities.

After a gestation period of around 110 days a female Hyena will give birth to cubs which may number up to 4. It is usually only the matriarch who breeds but the rest of the clan will assist in raising the cubs. When the clan go hunting one of the adults will remain behind to protect the cubs.

People generally regard Spotted Hyenas as scavengers but they are also accomplished hunters. They hunt a wide variety of species and will chase them for kilometres if necessary. As scavengers they are quite fearless and will risk harm by trying to take food from Lions and other predators. Lions and Hyenas are definite enemies of each other.

In game parks you may find Spotted Hyenas relaxing near a road. This is normally because they have a den in a culvert under the road. Some individuals unfortunately learn the bad habit of begging for food from tourists. Under no circumstances should this be encouraged. 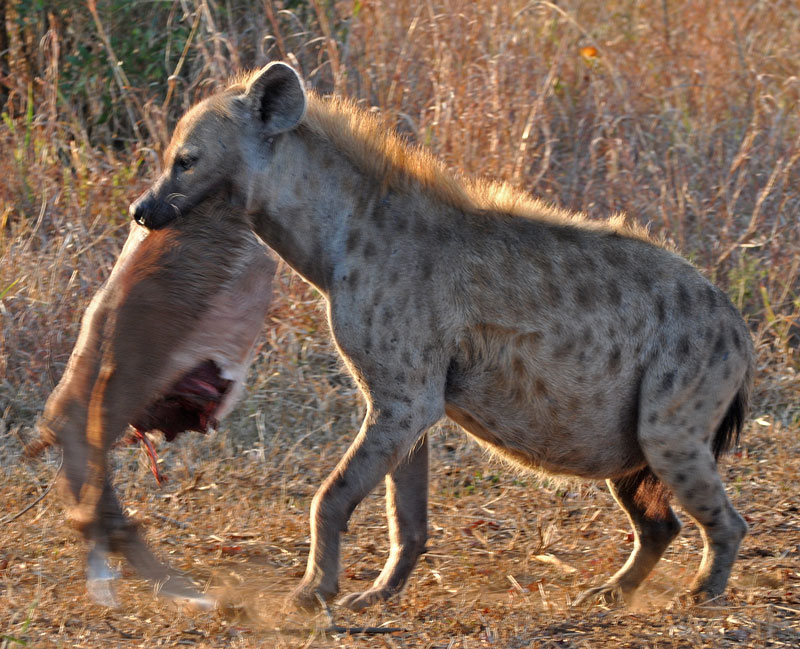 Above - A large Spotted Hyena struggles to carry the remains of an Impala. By the looks of it the Hyena has already eaten its fill. 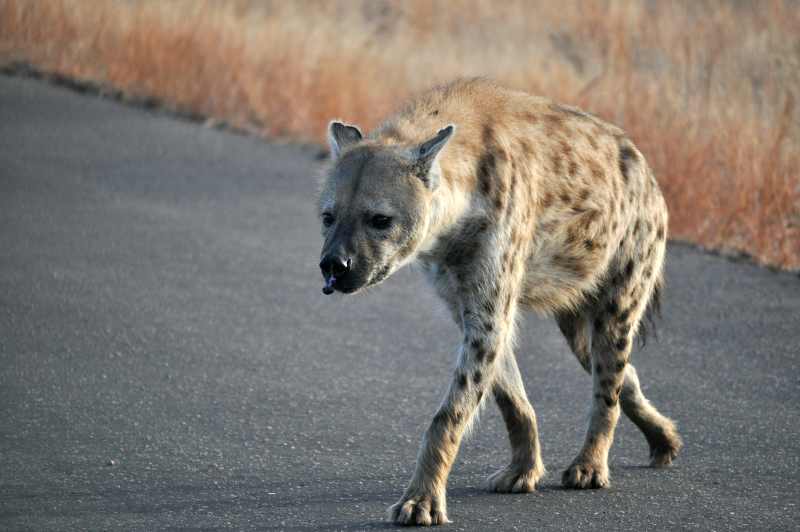 Above and below - In June 2012 I was driving near Letaba Camp, in Kruger National Park, when I saw this Spotted Hyena with a growth on its nose. It didn't appear to be worried about it but I think it must make feeding awkward. I saw the same animal again a few days and about 5 km from the original spot. It would be interesting to know if anyone else has photos of this same hyena? If you do then let me know here. 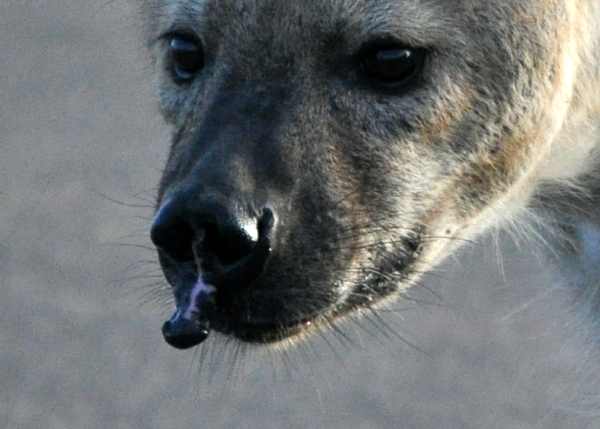